The role of Gprc5c in regulating hematopoietic stem cells 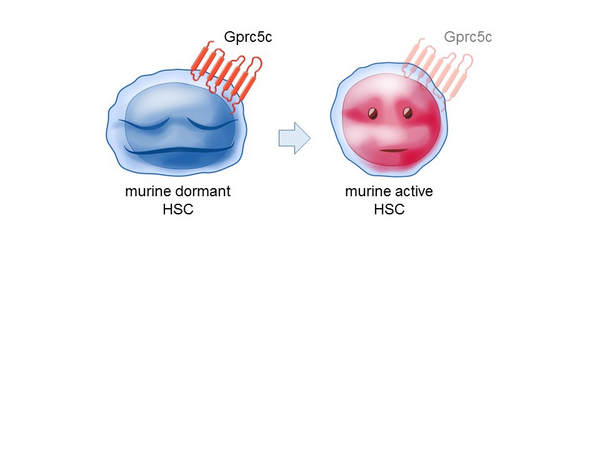 Dormant Hematopoietic Stem Cells (dHSCs) divide only five times per lifetime of a healthy mouse, but harbour the highest long-term reconstitution potential within the hematopoietic system. dHSCs serve as a reserve pool for situations of emergency and if this pool is exhausted, hematological diseases can occur. dHSCs can be reversibly activated in response to stress signals such as interferons, lipopolysaccharide or chemotherapy. In contrast to factors that can activate and promote HSC exit from dormancy, little is known about the mechanism maintaining HSCs in a dormant state. Recently, we identified the retinoic acid induced orphan receptor Gprc5c as specific marker for dHSCs. Gprc5c is a seven-transmembrane protein but its downstream signaling is not yet described. Gprc5c knockout mice exhibit a hematopoietic phenotype suggesting a role in regulating the hematopoietic system. However, nothing is known about the role of Gprc5c for the maintenance of HSC dormancy. We now aim to address the functional role of the Gprc5c for maintaining murine HSC quiescence by combining in vivo, in vitro and molecular approaches.

Please enter your username or email address. Instructions for resetting the password will be immediately emailed to you.