At the Science Days 2022, visitors to the CIBSS booth could isolate DNA from fruit and discover examples of signalling research

How do the cells in a developing fish larva know what to become? How does the symbiosis between plants and bacteria develop? And what does DNA have to do with all of that? At the booth of the Cluster of Excellence CIBSS – Centre for Integrative Biological Signalling Studies at the Science Days in the Europapark, young science enthusiasts could observe examples for signalling research and isolate DNA from fruits. 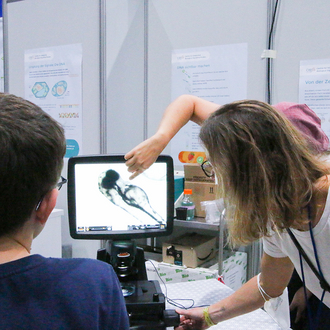 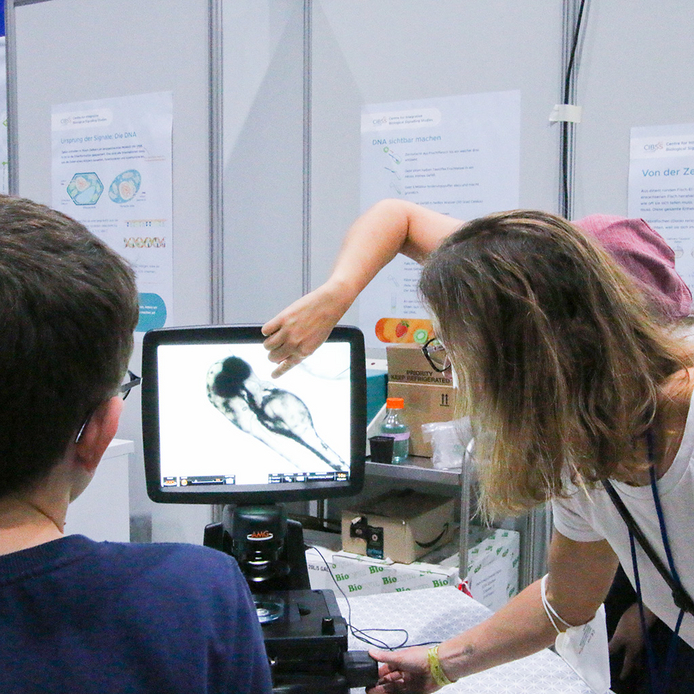 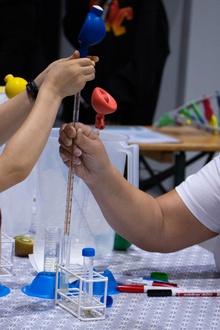 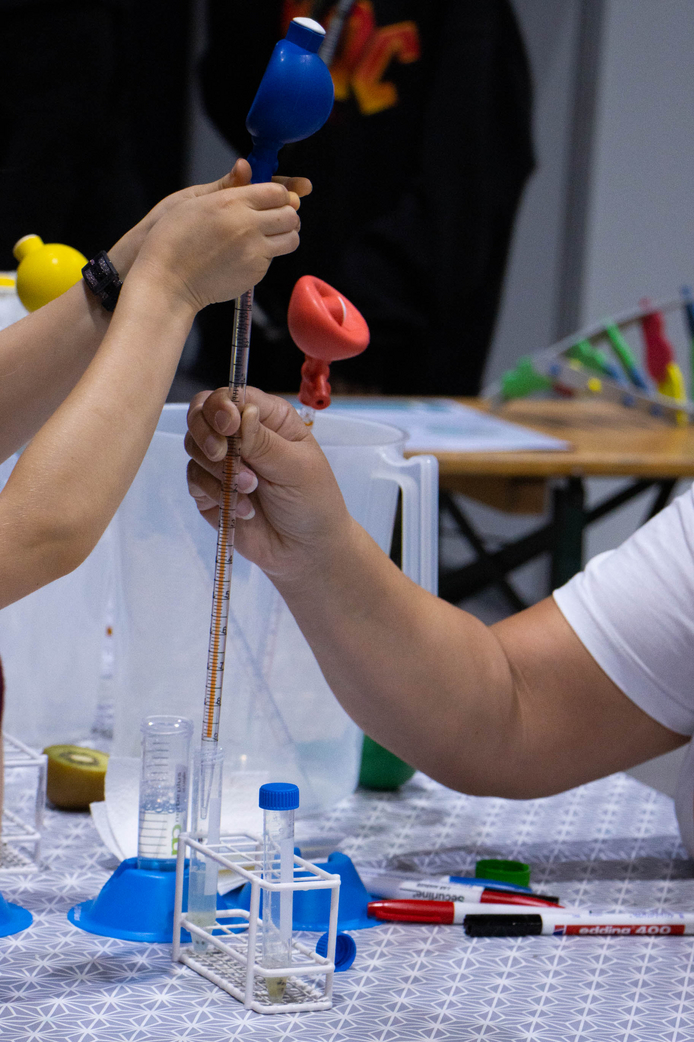 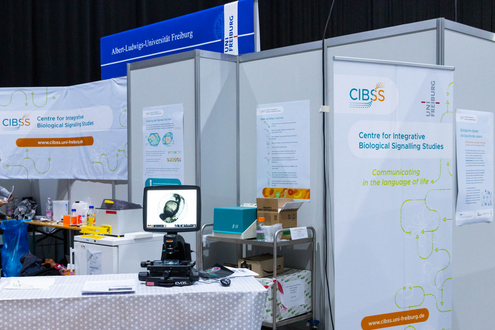 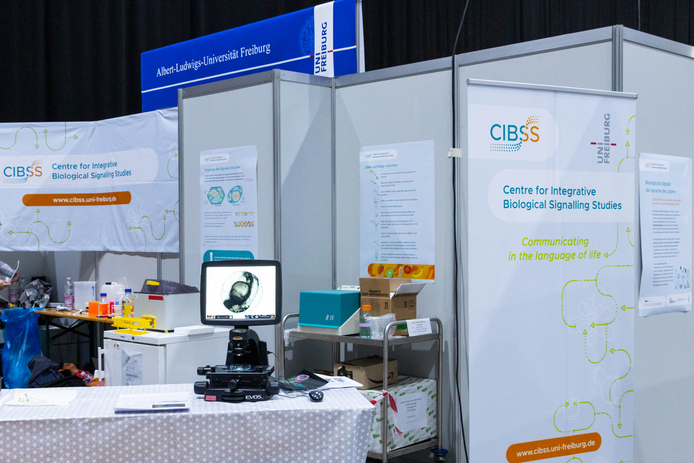 This year, after the Science Days took place once online and once in a scaled-down format due to the pandemic, the Europapark Arena was buzzing with life again: Around 10,000 young and young-at-heart visitors were able to explore a wide variety of topics at the booths of 75 research institutions, schools, and companies. According to the organizers, this makes the Science Days Germany's largest science and STEM festival (STEM: science, technology, engineering and mathematics). CIBSS participated again, together with 7 other institutions of the University of Freiburg: At the CIBSS booth, visitors could discover examples of biological signalling and get an impression of working in a laboratory.

Most of the students visiting the booth already knew that the genetic information of living organisms is stored in the form of DNA – but the fact that the long molecule can be extracted from cells and made visible using simple means was a source of constant amazement. The experiment can be conducted with simple materials that most people have at home in their kitchen. The instructions for the experiment can also be downloaded here and tried out at home. The result is a floating cloud of DNA molecules freed from the other components of the cells.

The biological signals that CIBSS is researching are also all encoded in DNA. Specific examples from the research within CIBSS illustrated how complicated some of the diverse processes are, that are controlled by these signals: using a microscope, the visitors were able to observe tiny fish larvae that were curled up in their egg shells or just hatching from them. There was not much resemblance between these tiny transparent creatures and the shiny zebrafish that they were developing into, and which can be found in many biological laboratories and domestic aquariums. This vivid example of how much an organism changes during its development into an adult animal made many visitors stop and marvel.

One other example at the science days came from plant research: it was the so-called root nodules. These small nodules on the roots of clover and crops such as peas and beans are small fertilizer factories: plants use them to get the nitrogen they need to grow from the air. Under the microscope, the visitors were able to spot the secret: the plant cells contain thousands of bacteria that fix nitrogen and receive sugar from the plant in return. A young visitor already knew what that meant: "That's a symbiosis, we just had that in school."

The examples from CIBSS research came from Prof. Dr. Thomas Ott, whose group is researching how the symbiosis of legumes and nodule bacteria occurs and functions, and Prof. Dr. Wolfgang Driever, whose group is studying which biological signals control the development of nerve cells in zebrafish.

Next year, CIBSS will again be part of the Science Days.