Eleven students from the University of Freiburg entered this year’s international Genetically Engineered Machine (iGEM) competition with an ambitious goal: they wanted to improve the production of industrially relevant chemical compounds in bacteria, by using methods from synthetic biology. For their project “chAMBER”, they received a gold medal and were awarded first place in the competition’s Foundational Advance track in the Overgraduate category. 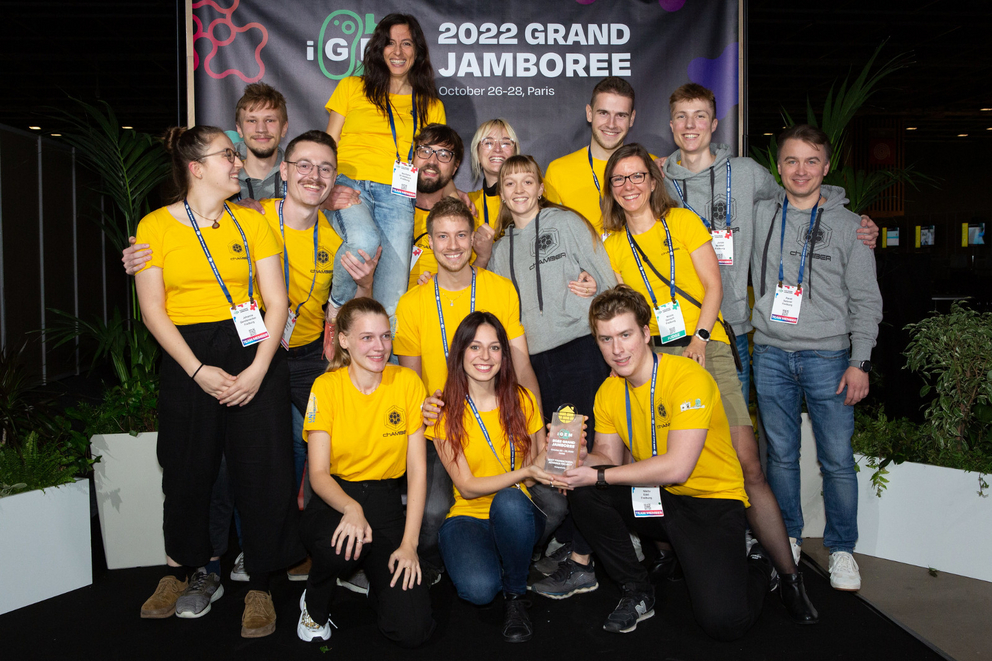 The cells of living organisms are organized into specialized compartments with distinct functions, such as the synthesis of molecules or the protection of the cell’s DNA. In eukaryotes (such as us humans) most of these compartments are surrounded by membranes. Bacteria lack those inner membranes. Instead, some species contain protein-enveloped microcompartments that resemble hollow spheres. “These compartments can hold a variety of enzymes, which catalyse important chemical reactions” explains iGEM team member Johanna Gerstenecker, 3rd semester Master’s student in Biochemistry and Biophysics. “Having all enzymes for a chemical reaction in one place can make the process more effective.” The iGEM team wanted to exploit this natural mechanism of compartmentalization to improve the biosynthesis of chemical compounds within bacteria. They did this by using synthetic compartments with varying properties, which they introduced into E. coli bacteria, a type of bacteria often used for the biotechnological production of chemical compounds.

Introducing novel compartments into bacteria that do not naturally contain them is not an easy task: the team had only a few months’ time to evaluate and modify a set of pre-existing DNA-sequences, which can instruct E. coli cells to produce the desired structures. “We managed to construct a toolbox of three different types of compartments,” Anne Frederiksen, 3rd semester M.Sc biology student, summarizes the team’s achievements. “Additionally, we found a way to insert so-called non-canonical amino acids into one of the proteins that make up the compartments’ outer shell. Non-canonical amino acids are molecular building blocks that do not usually occur in proteins, and being able to use them allows us to additionally modify the compartments. This is a potential tool to adjust the compartments for different applications in the future.”

Producing the dye of blue jeans in bacteria

To prove that their approach was working, the team chose, among others, the production of indigo – the dye that gives blue jeans their colour. When the team cultured E. coli containing the additional compartments in bioreactors, they could see a positive effect on the production of the dye. “It was great to see that the bioproduction worked,” says team member Jonas Widder, 6th semester B.Sc biology student. “The compartments boosted the production of indigo and the process even seems to be upscalable. This could one day become a more sustainable alternative to the polluting, classical way of producing indigo!”

Recognition for half a year of hard work

The team’s promising results were also recognized by the judges at the iGEM closing event, which took place on October 26-28 in Paris/France. The Freiburg team, which competed in the “Foundational Advance” track, was awarded the price for the best overgraduate project in this category. “I will never forget the scream of joy that came from each team member when we were announced as the winner of the track!” says Prof. Dr. Barbara Di Ventura, who mentored the Freiburg iGEM team together with Dr. Nicole Gensch, Dr. Pavel Salavei and Paulina Kaas from the University of Freiburg. “That moment repaid us for the hard work, and the late nights and weekends that the team spent in the lab for this project.” In a next step, the team is planning to publish their results to make them accessible to other researchers in the field of synthetic biology. “After this experience, a lot of things feel possible that I would not have thought of before,” says team member Leon-Samuel Icking, 3rd semester Master’s student in Biochemistry and Biophysics student.

“We share a passion for synthetic biology and a weird humor”

In addition to the experiments in the laboratory, the team created a website and an animated video, and took part in outreach events and interviews, explaining their project and sharing their passion for synthetic biology with others. “It was incredible to participate in a project that allowed us to put all our skills and what we learned in our studies to good use, be it in a scientific, communicational or creative context,” says Michael Spädt, 5th semester biology student. Dr. Nicole Gensch , who has already mentored several of the previous Freiburg iGEM teams, adds: “It is impressive how many different skills the students acquired in such a short time. I am proud of what they have achieved.” One of the best parts, the team members agree on, was the atmosphere and synergy among them: “We had such a nice, supportive, complementing and especially fun team,” they say.

Every year since 2004, the iGEM competition invites students from high schools and universities from all over the world to form teams and work on their own synthetic biology research projects. It is the biggest student competition in the field of synthetic biology, and over 350 teams participated this year. The University of Freiburg has had over 20 teams participating since 2007, each with a different project. The 2022 Freiburg iGEM team was funded by the Cluster of Excellence CIBSS – Centre for Integrative Biological Signalling Studies at the University of Freiburg, and the BIOSS Centre for Biological Signalling Studies at the University of Freiburg. It also received support from Integrated DNA Technologies, SnapGene, Geneious, and New England BioLabs. 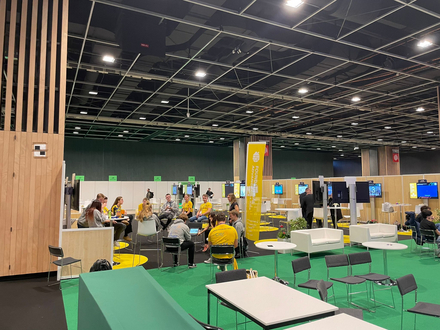 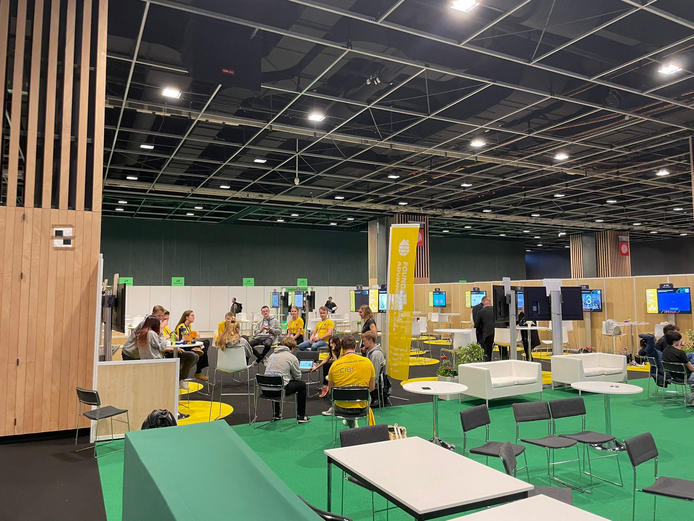 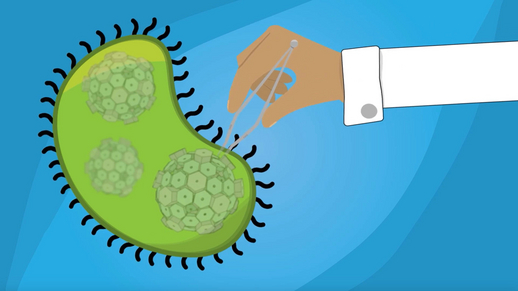 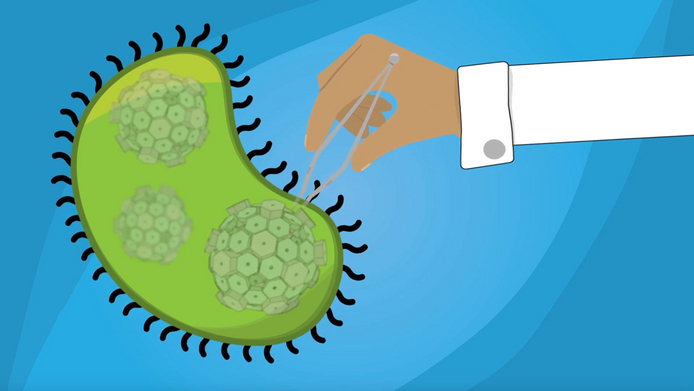 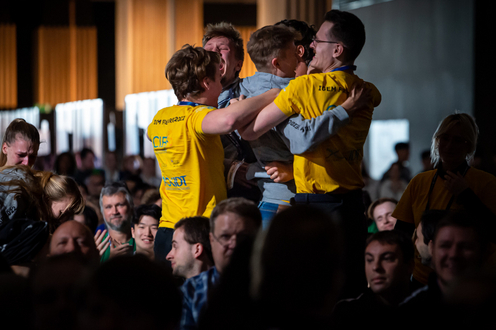 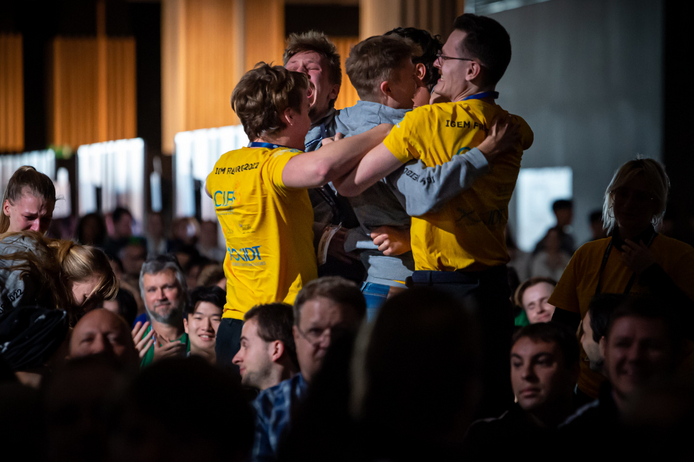 The Freiburg iGEM-Team during the award announcements in Paris. Foto: iGEM Headquarters, CC BY 2.0

The Freiburg team is open to all interested BSc and MSc students from biology, chemistry, informatics, physics engineering and related fields, who want to realise their own research project and gain in-depth experience in the laboratory. If you are interested in participating in next year’s competition, you can contact Dr. Nicole Gensch: nicole.gensch(at)bioss.uni-freiburg.de.

Original article in the University of Freiburg's Online Magazine