The following brief history illustrates important milestones for the development of the ZBSA as well as for the establishment of systems biology at the University of Freiburg: 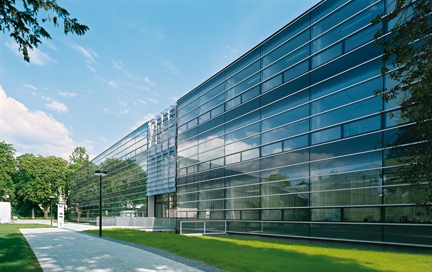 2001 Aug.        The University of Freiburg submits an application for a new life sciences research center concept in the context of a state-wide competition. A team of scientists from all Freiburg file sciences faculties, coordinated by W. Driever, developed a concept for a center which brings together state-of-the-art data acquisition and systems biology modelling expertise,  “Zentrum für Biosystemanalyse – ZBSA”.

2002 Jan.           The government of Baden-Württemberg announces the results of a state-wide and peer-reviewed competition for life sciences centres. 20 Mio Euro are awarded to the University of Freiburg for a research building to house the ZBSA.

2002 – 2005        Coordination of the foundation phase of the ZBSA by W. Driever. Architectural competition for the ZBSA building. The winning concept for the building is developed by the architects Hascher and Jehle with the goal to connect experimental laboratories and technology facilities with office areas for computational biology and mathematical modelling through extensive common communication areas. Detailed planning of the research building and start of construction.

2004 Nov.         The state government of Baden-Württemberg (MWK) approves a concept for operation of the ZBSA, which includes the dedication of three professorships into the ZBSA: Systems Biology & Modelling (J. Timmer  - Faculty of Physics and Mathematics, 2005); Bioinformatics & Molecular Biology (R. Baumeister – Faculty of Biology, 2003); Bioinformatics (R. Backofen – Faculty of Engineering and Informatics, 2005) as well as four scientific heads of the core competence laboratories in genomics, proteomics, metabolomics, and imaging. 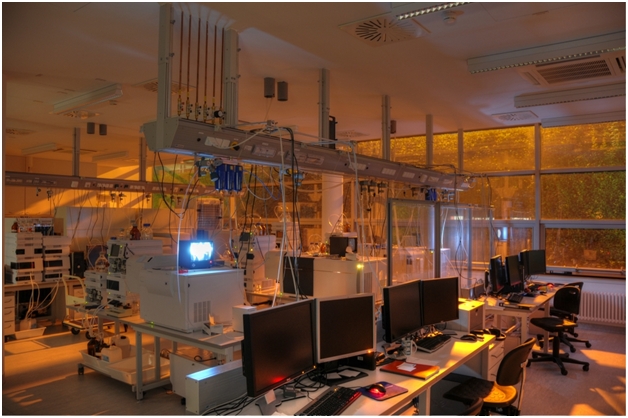 2005  Nov         Foundation symposium and official opening of the ZBSA as an interdisciplinary research center at the University of Freiburg, which remains a virtual center during the construction phase of the building.

2007 Oct           The DFG and Wissenschaftsrat award the Excellence Research Cluster “BIOSS” to the University. BIOSS establishes research groups in the field of signalling research in the ZBSA. The University of Freiburg is also awarded excellence status for its institutional concept including the Freiburg Institute for Advanced Studies FRIAS school LIFENET, focussing on analysis of complex properties of biological systems. The FRIAS research groups of J. Dengjel (protein dynamics, 2008) and H. Busch (cell control and communication 2008) are established at the ZBSA.

2008  Apr          Completion of construction of the ZBSA center building and start of operation of core competence laboratories in genomics (T. Kurz), proteomics (A. Schlosser), metabolomics (A. Gessler), and life cell imaging (R. Nitschke).

2008  Oct          The University of Freiburg implements a new Master of Science program in “Bioinformatics and Systems Biology” (coordinator: R. Backofen) of the Faculties of Engineering and of Biology. 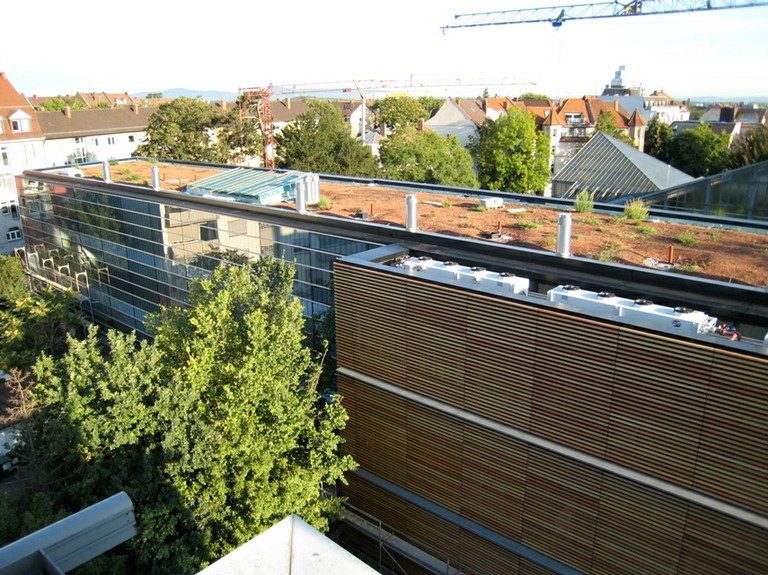 2011  May        First external scientific review of the ZBSA by the SAB. From the summary statement: “The ZBSA has done an excellent job and should be seen as a crucial ingredient in any attempt to develop internationally-leading life sciences at Freiburg. The leadership is excellent and the Centre has been outstandingly successful in propagating multi-disciplinary research and obtaining grant funding.”

2011 Dec          The Rektor of the University appoints J. Timmer as executive director of the ZBSA.

2012  Jun          Following completion of the BMBF funded FRISYS program, a new operation concept for the ZBSA is established by the Rectorate and the participating faculties of the University of Freiburg.

2018 Feb            The University of Freiburg submits a full proposal for funding of an Excellence Cluster “CIBSS - Centre for Intergrative Biological Signalling Analysis”, in which plans are laid out to dedicate the ZBSA research building to the new Excellence Cluster.

2018 Sep          The DFG and the Wissenschaftsrat award the Excellence Cluster  “CIBSS - Centre for Intergrative Biological Signalling Analysis” to the University of Freiburg withe the perspective of funding signalling science in Freiburg 2019-2025 in the context of the Exellenzstrategie.

2019 Jun           The ZBSA Board of Directors signs a resolution that the Research Centre ZBSA in the context of the Centre Concept of the University should be terminated, and recommend to dedicate the research building to CIBSS.

2020 Jan          The Senate of the University of Freiburg decides to end the operation of the Research Centre ZBSA and recommends to dedicate the building to the CIBSS excellence cluster. A concept is developed to operate the research building in the context of the administrative unit “Signalling Campus”, which manages resources for both the BIOSS and CIBSS Excellence Clusters

2021 May           The research building is renamed „Hilde-Mangold-Haus“ in recognition of the work by young scientist Hilde Mangold, in which she discovered the most prominent embryonic signaling center, the „gastrula organizer“. Her work under supervision of Hans Spemann formed the basis for the award of the Nobel Prize in Physiology and Medicine 1935 to Hans Spemann.

in alphabetic order, no claim to completeness:

Back to Infrastructure Site